Understanding the role of urea in emollient selections

People with diabetes are often prone to dry skin on their feet due to a number of factors, including anhidrosis (the inability to sweat normally) which is commonly associated with diabetic neuropathy.1, 2

Flexitol® is a urea-based emollient (at 25% urea and 10% urea concentrations) that provides a medically proven regime for dry, cracked heels and feet associated with diabetic anhidrosis.1 Urea is a physiological substance that is widely used across the Flexitol® range of products due to its highly hydrating and moisturising properties. It is a major constituent of the skin’s Natural Moisturising Factor (NMF) and is widely distributed within human tissue. In some dry skin conditions, urea appears depleted and so Flexitol® 25% Urea Heel Balm replenishes these levels. 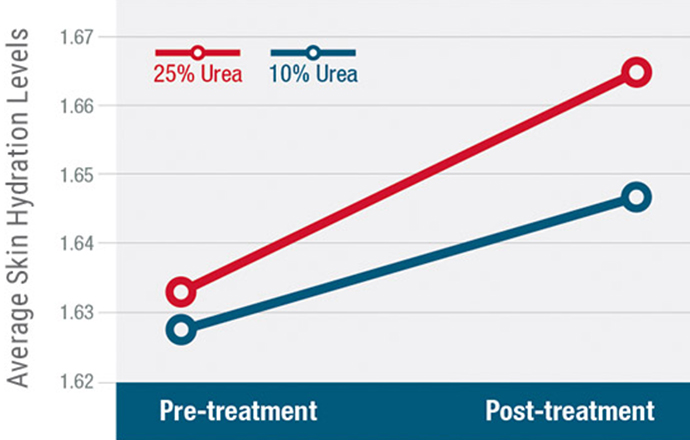 Being inherently hygroscopic, urea hydrates the skin by increasing the water uptake from the dermis layer of the skin and enhances the water-binding capacity of the stratum corneum.

Back to Diabetic Foot Health